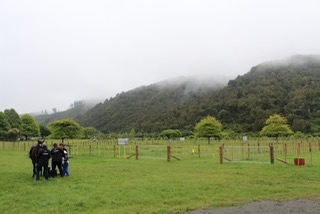 The sun played peekaboo, and the rains fell, but it was all sunshine and smiles inside the indoor arena at the Hutt Valley Riding for the Disabled Association as teams from the Wellington and Hutt Valley RDA’s - cheered on by family and friends, competed in the annual games day on Sunday November 15.

Eight riders and four horses - Tiki, Honey, Bilbo, and Hamish, many WRDA volunteers, and coaches made the trip to Silverstream for the event.

Organised jointly by the two Wellington area RDA groups, the games Day is an annual event where horses and riders can showcase their riding and horsemanship skills, but more importantly it is a day to have fun.

The Games began with an equitation class where horse and rider rode a simple pattern through obstacles arranged around the arena. The class was divided into four categories based on rider ability and was completed at either walk or trot. 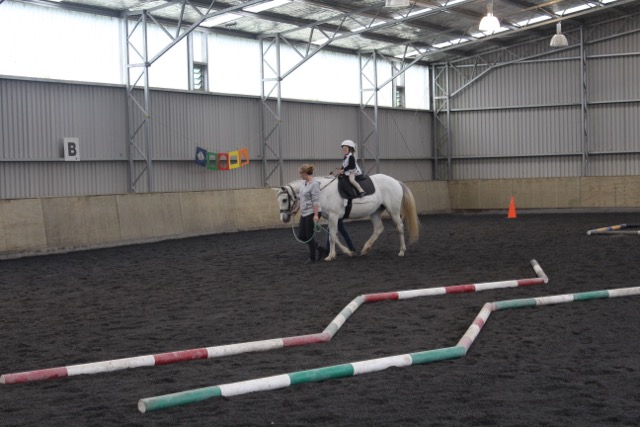 Honey, who was competing in her first game day, seemed very impressed with the pretty grey mare looking back at her from a mirror that served as one of the obstacles.

Ride volunteer and committee member, Norm Ely had three riders in the first class—Liam, Connor, and Felix. “We’ve been working very hard, and I know they will do very well today.” He said on his way to help his riders get ready.

Lauren Stevenson, co-treasurer for WRDA and exercise rider for some of the WRDA horses, judged the class. “It is my first time judging this class,” Loran said. “I’m a little nervous, but it is lot of fun.” She said the idea was to judge the rider on how well he or she handled her mount in the ring. Riders, who were accompanied by side walkers or leaders were to handle the horse to the best of their ability with minimal assistance.

Rose, a WRDA rider whose mount was Tiki, placed second in her group and was very pleased. “Tiki did very well but wanted to eat grass,” she said before bouncing off to prepare for her next class.

Sadly, the weather did not clear and the afternoon games had to be moved inside, meaning the working trail class was cancelled but this did not dampen the competitive spirit. After a tasty bbq lunch, horses and riders re-entered the arena for some equine games. 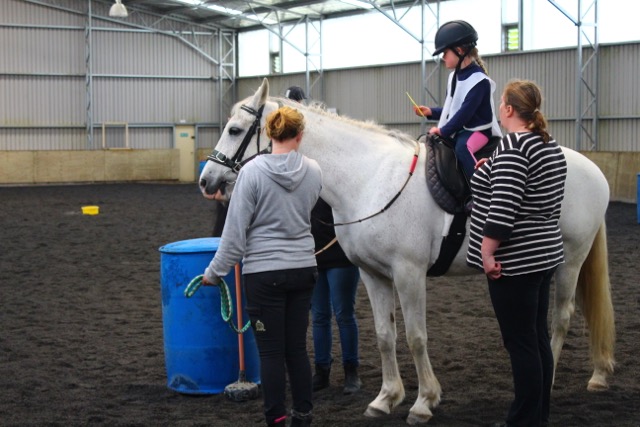 In the post the letter game, rider’s manoeuvre their mounts across the arena three times picking up a letter from a drum and dropping it in a letter box—quite the challenge depending on how tall the horse was.
In the flag and ball races riders had to carry a flag and ball and place it on a pole.

The day ended with the prize giving where riders were awarded ribbons. Hutt Valley RDA took home the trophy for highest scoring riders. 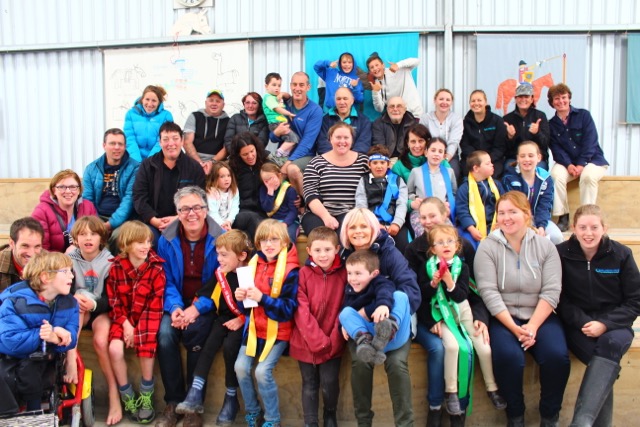